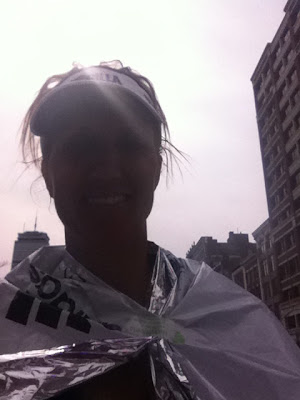 Boston was everything I dreamed it would be when I ran it in 2011.  The crowds were phenomenal.  The city was electric.  The runners were amazingly fit and strong -- and many were wearing their jackets emblazoned with the years they had run the race previously.  The event lived up to the hype of why it is one of the premiere marathons in the world.  I had worked SO hard to get there.  But everything about it - Hopkinton, the course, Wellesley,  was perfection.

Which is why it is especially sad to see such an amazing event marred by tragedy.  Today I am sad for the runners, their families, their friends and for the city of Boston.  I am confused at why something like this would happen.  And devastated that this bombing will change the state of marathons for the rest of our lives.

Boston, you are strong.  You are wicked fast.  And your marathon will return better and stronger next year.  But we won't forget those images on TV of the blast hitting the spectators and the runners and the guards.   I love your race, your town, your history, Boston.  Thank you for one of the highlights of my life.  I cried when I crossed the finish line in 2011.  And I cry for you today.
-- Lorie 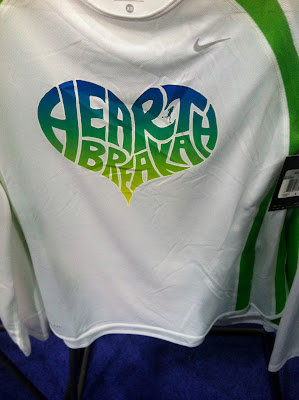 Some words from my mother, who accompanied me to the race in 2011
I am moved to tears today to see what has happened in Boston. Two years ago I was sitting fairly close to where the bombs went off to watch Lorie and her friends accomplish their goal of finishing that race. I saw young soldiers marching the route in tight formation, people pushing others in wheelchairs, my own daughter coming along unruffled and beautiful. There was a positive happy feeling in Boston.

The people of Boston never tire of the event. The people in front of us were cheering and ringing bells. When I asked where they were from they said "Boiston" as only they can pronounce it. They said they come every year. School is out so they can transport runners in school busses. It's Patriots Day. This is an event that celebrates fitness and accomplishment and a general feeling of good will and desire to give a hand up to someone who is having a hard time making his goal.

Of course we as Americans will pick ourselves up and go on, but today I am crying for people who have died and people who are fit enough to qualify and today lost a leg. Senseless.
-- Sherrill Funk 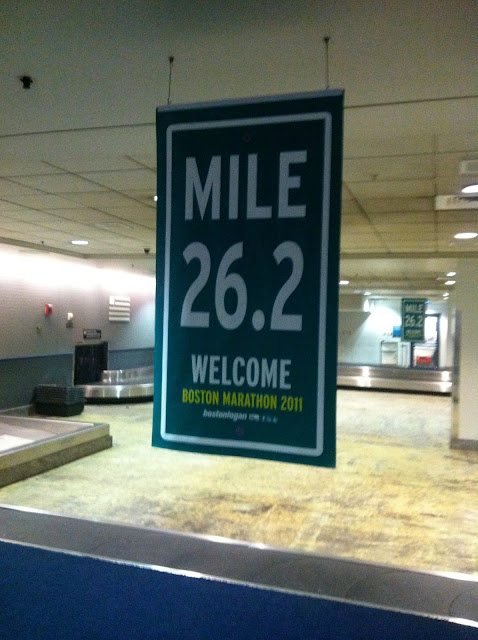