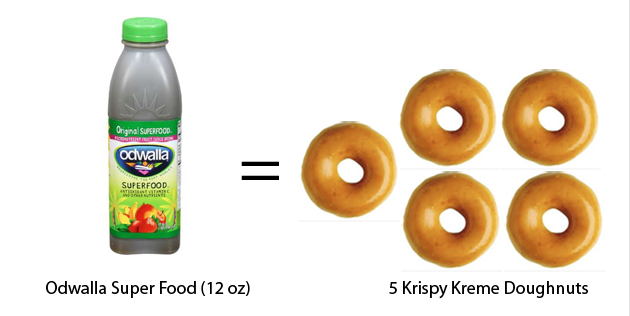 A new report finds that some supposedly healthy foods are actually laden with sugar.
By Dana Liebelson on Fri. September 13, 2013 9:41 AM PDT

It's Friday! After a long week of work, you're probably ready to curl up on the couch with a big box of doughnuts. But having read Gary Taubes' expose in Mother Jones on the sugar industry's terrifying campaign to convince the American public that sugar won't kill you, maybe you'll reach for a "healthier" option instead—like a green Odwalla "Super Food" smoothie.

Not so fast. According to a new report by Credit Suisse, you might be better off eating a doughnut than some of the stuff marketed as healthy. Here are nine surprising foods that have more sugar than a Krispy Kreme doughnut, which, at 10 grams, seems saintly in comparison: