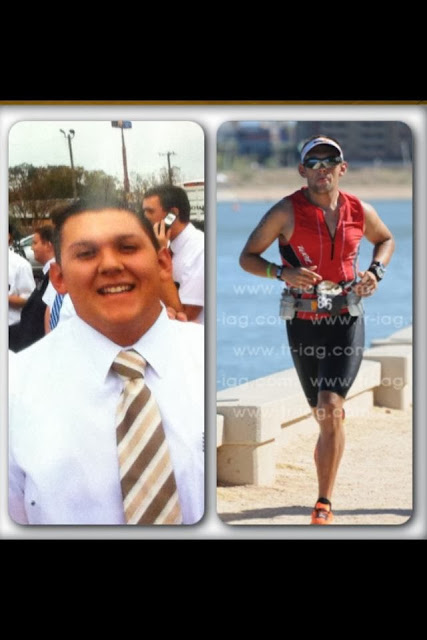 From the time I stepped onto that plane to head to Tallahassee, Florida weighting in at 283 lbs, I knew I needed to change my diet, and start becoming physically fit. Over the two year time period I served a great mission, gave myself a strict diet plan, and made it a priority to run every morning. In November of 2010 I was serving in Panama City, Florida.  Six other missionaries and myself volunteered at the Ironman Triathlon Competition.

As I was watching the 2,000 Athletes jump into the ocean that morning, I was thinking how painful it would be to finish this 140.6 mile journey. As I watched throughout the day I saw many people crying and grabbing their legs and chest. By the end of the day the other missionaries and I were watching the finishers, and saw much joy and many tears from these people that had pushed their bodies to their limits. I told myself that day before I went to bed that one day I would become an Ironman.

I got home from my mission two months later and went on with life, running marathons and working. I volunteered in Ironman Arizona in 2011 then stood in line the next day and signed up at 5am to race this November. After throwing Down $700 for the race I knew at that point there was no backing down. The past 10 months have been the hardest months of my life training for this event. Everything from waking up at 1am for a 100 mile bike ride to a 20 mile run at 10pm to early morning lake swims... In 15 days I will push my little 165 lb. body to its limits.

This month I will become an Ironman.

I am not putting this message out there to say look at me, look what I can do. I'm putting it out there to let everybody know that anything is possible if you work for it. The body is an amazing thing. You can do a lot more than you think.  Never give up!

This was Dallas's story right before his first Ironman in 2012.  He just completed his second Ironman last weekend in Tempe and came in second in his age group, with a time of 10:00 hours.  I had the pleasure of coaching Dallas in 2012, and this year he and his wife Karina competed using the same program I had developed for him last year.  Karina finished first in her age group and will be competing in Kona in 2014!
Posted by lorie at 11:42 AM